Do you need a home inspection in Oregon City? Call us today or schedule online! 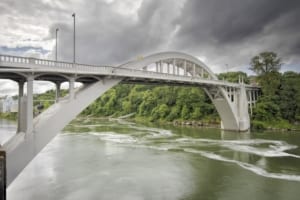 Oregon City is the county seat of Clackamas County and sits on the Willamette River just south of Portland. We hope you find this information about Oregon City helpful whether you’re living here or thinking about moving.

Oregon City sits just about 13-miles South of Portland’s greater metro area and is surrounded by rivers, valleys and tons of recreation. The city dubs itself as one that celebrates the pioneer life, with museums and the lifestyle wrapped around that general vibe. The city is well organized and based on two major components. 1. Neighborhood associations working together and 2. A Citizen Involvement Council (CIC). This suburb includes about a dozen neighborhoods that encompass approximately 9-square miles.

If you’re setting up house in Oregon City, you’ll appreciate this quick look at local resources.

The school system for your kids is comprised of seven school districts serving 42 schools. Most of the schools there get an above average rating from residents, making families in the community happy about where they send their little ones every day.

The current crime rate in Oregon City is at a 28-index. Meaning, the city is safer than 28% of other cities like it. Most crimes are property related, such as robbery.

Finally, let’s take a peek at the real estate market in this Portland suburb. The median home price is $400,000 according to Trulia records from December of 2018 to March of 2019. This is a 5% increase over the same time last year, showing that many people are deciding to purchase in Portland’s suburbs than the metro area itself.