A comfortable suburban town in the Portland metro area, West Linn has seen a steady population increase for the last 20 years, mirroring Portland’s popularity rise. In terms of real estate, this high desirability translates to an increasingly competitive market with prices on the rise. 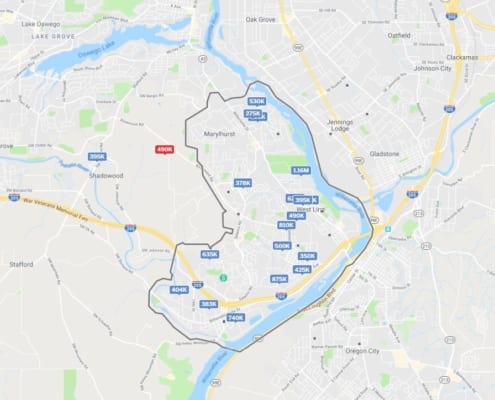 The most recent statistics indicate that the current average home price in West Linn is $539,000; that’s a 2.7% increase since last year with homes selling at just .8% under list price. What’s more, the price per square foot has jumped even more dramatically in West Linn to reach an average of $222, which is a 3.7% increase over last year.

The highest appreciating neighborhoods in West Linn over the last 20 years are:

As a suburb known for its affluence, it’s hard to find housing in the area that falls much below the average price in any neighborhood. 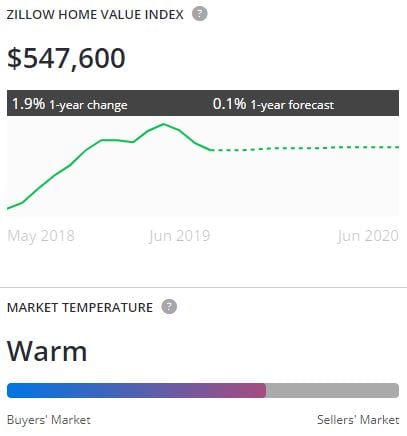 Painting with a broad brush, the current real estate market in West Linn is great for both ends of the spectrum. That’s because it’s neutral (neither a buyers’ nor a sellers’ market), and it’s expected to pretty much stay that way. Home values are projected to increase by .5% in the next year as compared to 2.4% in the previous year, so the market appears to be leveling out to some extent.

The good news for buyers is that interest rates are currently at their lowest point since the beginning of 2019, and have been trending down for the most part in the last 8 months with the exception of a few spikes.

West Linn is considered one of the most up and coming regions of the Portland metro area, so buyers can count on their homes increasing steadily, even if it is at a somewhat slower rate than in previous years.

Helpful Links When Moving to West Linn, OR

Moving to a new city inevitably comes with its fair share of stresses, but there are abundant resources available to help West Linn transplants get an idea of what they can expect in their new home town.

City of West Linn, Oregon — for some quick facts about the city, in-depth information about neighborhoods, or contact information for the city government departments, check out the West Linn website directly.

Schedule Online Call 503-914-8504 Send message
How Much Does a Home Inspection Cost in Oregon?

Best Places to Live in Portland, OR
Scroll to top